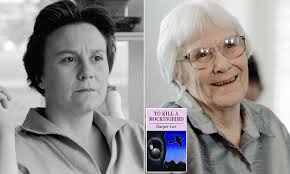 News of Harper Lee’s death last week has made fans of To Kill a Mockingbird both sad and nostalgic about one of the most perfect pieces of literature ever written. In deceptively simple prose, Lee portrays the weighty themes of character, intolerance, compassion, and personal responsibility. Ultimately, the story of a courageous lawyer in the Deep South and his two young children touches upon our universal humanity, and the necessity to “climb into [someone’s] skin and walk around in it.”

Harper Lee has been an enigmatic figure for the past 60 plus years. Her failure to publish another novel after the phenomenal success of To Kill a Mockingbird and her famous reluctance to grant interviews gave her a certain mystique over the years. Last year, however, with the publication of Go Set a Watchman, a supposedly recently discovered manuscript of hers written before TKAM, Lee’s name was once again in the news.

Many speculated that Lee’s new lawyer was taking advantage of an old woman who had had a stroke and possibly suffered from dementia in order to cash in on her fame. Certainly, the book can’t hold a candle to To Kill a Mockingbird and to my mind, was never really meant to be published in its current form. People were also outraged that their beloved character, Atticus Finch, was portrayed as racist in Watchman.

All this press reawakened my interest in Harper Lee and led me to read her excellent biography Mockingbird by Charles J. Shields. Lee’s life story portrays a young girl who did not fit the mold for females in her time and place, an acerbic wit who struggled to fit in during college but eventually found her niche on the University of Alabama’s satirical paper, The Rammer Jammer. It describes her friendship with the egomaniacal Truman Capote, who hurt Lee badly by failing to give her credit for her invaluable assistance on the ground-breaking book In Cold Blood, which she helped research and write.

As most people assume, the beloved character of Atticus Finch is based on Harper Lee’s father, A.C. Lee. But from Mockingbird,  I learned that the Atticus who so disappointed critics of Go Set a Watchman is much more like A.C. Lee, who held very conservative views on black rights until around 1962, the date To Kill a Mockingbird was published.

Furthermore, both Lee’s father and her sister Alice constantly pulled Nelle (her given name) back to Monroeville and into their insular world even as Lee tried to make a writer’s life for herself in New York City. Although she never wanted to be the center of attention, Lee did make significant friendships and even had a platonic affair with a friend’s husband.

Like most human beings, Harper Lee was a complicated individual with strengths and weaknesses. Yet she gave us the great gift of her masterpiece, To Kill a Mockingbird. And for that, we can be eternally grateful.

The internet is filled with lists: top 10 places to retire, 15 life hacks you will love, the 12 worst fashions making a comeback etc. I find these lists kind of interesting, but the ones that bother me a bit are the ones related to books.

Recently on my Facebook news feed, I have seen such lists as 23 Books You Didn’t Read in High School but Actually Should, 32 Books That Will Actually Change your Life, and the 18 Greatest Books Ever Written (or something to that effect). My reaction to all these lists was, Really? On whose say so?Purporting to know the greatest or most life-changing books strikes me as a bit on the arrogant side. Some of the choices seem so arbitrary.

Aside from the fact that people have their distinct preferences and tastes in types of literature, is there a way to determine which books throughout history are the best? When I was teaching at an elite girls’ school in Los Angeles, we in the English department would have disagreements about what works to include in our curriculum. One of the teachers asserted that there are certain “chestnuts” of literature that all students should be required to read. I disagree.

Often this attitude is used to justify a canon of literature that includes only “dead white guys,” so to speak. In the 80s in particular, so-called reformers like Bill Bennett took aim at more inclusive reading lists that featured writers of different colors and ethnicities. They revealed a clear bias in favor of a Eurocentric, Western approach to studying literature. I’m not saying that works like The Scarlet Letter or Plato’s Republic are unimportant. I just think there are so many different works that are rich in meaning and language that it is wrong to narrow our lists into those “chestnuts.”

So how do you judge a book? Not by its cover, certainly. As an example, a best-selling author named Kristin Hannah publishes novels with romantic-looking covers that make the books seem like light fluff, a beach read, if you will. Yet Hannah tackles serious issues, such as an injured pilot returning from Iraq, and detailed historical accounts of such events as the siege of Leningrad. Her books are deep, well-written, and anything but fluff.

I do think there are literary standards one can use to decide whether a book is good. (Hint: Fifty Shades of Grey doesn’t meet these standards.) But a book’s greatness can only really be judged by time. A good example is To Kill a Mockingbird, Harper Lee’s only novel (though as I write this, news has come out that a second novel is to be published after all these years). Generations have loved this deceptively simple tale of a young girl growing up in the South and experiencing the narrow-mindedness and prejudice, along with the moral courage and kindness, that can exist in a small American town.

Still, if TKAM doesn’t float your boat, that doesn’t mean you are a literary heathen. There are numerous “classics” that I, a former English teacher, have no intention of reading. I find Herman Melville’s writing to be hopelessly dull and James Joyce’s to be impenetrable. I don’t think this makes me a philistine.

I guess there’s no harm in this never-ending parade of book lists. At least we’ve got people who spend a lot of time on the internet talking about books – and, I hope, powering down the devices and picking up one of them.