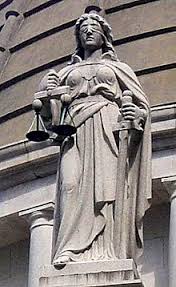 Two surprising things happened this week. First of all, the completed Mueller report supposedly found no evidence of collusion between Russia and the Trump campaign. Even more surprising, all charges were dropped against Empire cast member Jussie Smollett for faking a hate crime. While the factions of people who support either of these two men could not be more different, the wheels of justice actually turn for them in exactly the same way.

Donald Trump has gotten a pass on allegations of sexual harassment and assault, unscrupulous and fraudulent business dealings, and the use of campaign funds to pay off porn stars. His clear attempts to derail the investigation into Russian collusion have been treated as rightful exercises of executive privilege. Why has Trump gotten away with vilifying war heroes, mocking the disabled, and denigrating women? He is a powerful celebrity and has friends in high places. For heaven’s sake, he’s got an entire news organization in his corner, deflecting his misdeeds right and left like a tennis ace and redirecting the outrage at their perennial whipping post, Hillary Clinton.

Smollett also has friends in high places who worked on his behalf to help him wriggle out of detestable and criminal actions that would send ordinary people to prison. I’m sure his two days of community service were wrenching and difficult, and that $10,000 forfeit of his bond must have hurt terribly, since he reportedly only makes 6-10 times that per episode on Empire. Not even the lead prosecutor is claiming Smollett to be innocent. Still, we can’t have our celebrities do jail time, can we?

It amuses me that people are calling for the heads of Felicity Huffman, Lori Loughlin and other rich parents who schemed and cheated to get their kids into elite colleges and universities. They were only doing what well-connected people do: leverage their money/influence/celebrity to get ahead and, when their misdeeds become public, weasel out of them.

There have been exceptions, of course. Martha Stewart did time for lying about her financial dealings. And Bill Cosby was actually convicted and sent to prison for sexual assault. But for the most part, rich and famous people just get away with behaving badly.

There are still investigations pending about the business dealings of Trump and his children. I’m skeptical that anything will come of them. We have a different set of rules for the famous and well-connected. Until that changes, we can assume Lady Justice is peeking under that blindfold.