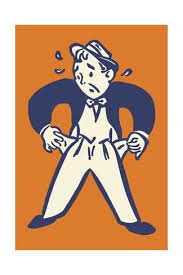 As yet another horrific act of mass murder by firearms goes by with the usual platitudes and talking points, I am coming to the realization that in many areas of needed reform, an appeal to the humanity of our leaders is sadly misplaced. So I have another angle to help persuade government leaders, institutions, and the American public: the steep cost of failing to change.

In the area of guns, a Johns Hopkins study found that gun violence costs $2.8 billion in medical costs annually. That doesn’t take into account the expense of police and other law enforcement involvement, court costs, and prison expenditures, all of which are borne by us, the taxpayers. Even the health price tag comes back on individual Americans through higher insurance premiums and taxes to pay for victims on Medicaid. The high cost of gun violence could be reduced by expanding background checks, thus keeping guns out of the hands of criminals and domestic abusers, and by requiring owners to complete training in the safe use and storage of firearms, thus preventing the many accidental gun injuries and deaths that occur each year.

Another area in desperate need of reform is policing. Unwarranted shootings of suspects are not only an abrogation of individuals’ civil rights; they become a huge expense for police departments, which must shell out millions of dollars to settle lawsuits brought by victims and their families. Guess who ends up paying those bills?

Even in the business world, the current push to deregulate business and industry can have detrimental effects on our pocketbooks. Questionable investment and banking practices, for instance, nearly brought down the entire economy in 2008. More recently, Wells Fargo Bank employees were found to have created over a million fake accounts for which their customers were charged fees. The Consumer Financial Protection Bureau was created during the Obama Administration to prevent financial institutions from playing fast and loose with other people’s money. But now the Trump Administration has destroyed the ability of citizens to participate in class action lawsuits, the threat of which can prevent banks and other institutions from mismanagement and fraud. Maybe it’s time to go back to the days of hiding our cash under our beds.

And in the area of the environment, our EPA is looking more like the Environmental Pillaging Agency than an agent of protection. Beyond the idealistic goal of keeping our wildernesses wild and pristine, environmental damage is costing us in real dollars and cents. Unsafe drinking water and polluted air cause health problems for ordinary Americans, and those health problems cost money to treat.

So if you’re not moved by the sight of dwindling wetlands, gunshot victims, or grieving families, maybe this will spur you to action: It’s gonna cost you. 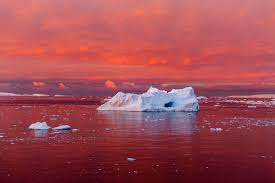 Scores of independent scientific advisors to the EPA were recently told that their membership on the Board of Scientific Counselors would not be renewed in August. The move seems like part of the Trump Administration’s efforts to quash the dialogue on climate change, an unsurprising move given the nomination of Scott Pruitt to head the EPA along with Trump’s own rhetoric during the presidential campaign. Unsurprising, but alarming.

From the moment Donald Trump took office, the White House website removed information on climate change. Even though a consensus of scientists agrees that the Earth’s atmosphere is warming and that the warming is largely due to human activity, Republicans have stubbornly refused to address the issue. Recently, Energy Secretary Rick Perry (not exactly a rocket scientist) denied the correlation between global warming and human actions. It’s as if a group of Republicans were standing in the rain and insisting there was a drought.

The politicization of science is not new.  The season finale of Genius, the story of Albert Einstein, depicts Jewish scientists being dismissed from the prestigious Prussian Academy and books by Jewish scientists such as Einstein being burned in a massive fire by Nazi soldiers. The series also demonstrates Einstein’s outspoken objections to his discoveries being used to create weapons of mass destruction.

Throughout history, political powers have interfered with scientific discovery that did not advance their agenda, or that conflicted with their beliefs. Galileo is a perfect example of how politics (and, to a degree, religion) can affect the reception of new scientific ideas.

The ability of scientists to work independently of political agendas is vital to discovery and progress. Nowadays, the issue of the safety and efficacy of vaccines has become a political football. So has research on climate change. Meanwhile, an ice melt the size of Texas has been discovered in Antarctica. Sea levels are rising, and global weather patterns are being disrupted, with potential for devastating complications.

It’s time to allow scientific inquiry to inform our political decisions and not the reverse.